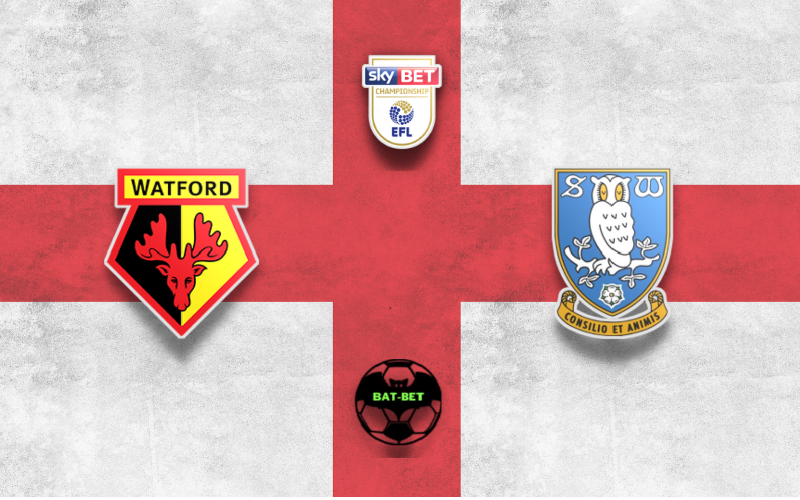 Watford will host Sheffield Wednesday in the Championship 39th round on Friday afternoon. The hosts want to get back to the Premier League, while the away side searches for a getaway from the relegation zone.

The home side is on a good track of securing their place in the  Premier League next season. The Hornets sit in 2nd place, being six points ahead of Swansea. However, they shouldn’t get complacent since their promotion rivals have one game in hand. Xisco’s side enjoys excellent form as the hosts nine victories in the previous ten rounds. That remarkable streak saw them climbing to the direct promotion zone, and Watford wants to keep up where they left off. Kiko and the lads conceded only two goals on the previous five occasions, and the hosts are the tightest side in the competition. Watford is also the best home team in the Championship since they booked 15 wins in 19 games at Vicarage Road. They want to continue the winning streak and secure a direct promotion.

On the other hand, Sheffield Wednesday is among the relegation candidates, being the second-worst team in the competition. The Owls are six points behind Birmingham City, which sits in the nearest safe spot. Nevertheless, Darren Moore’s side showed some improvement lately since the visitors took four points from the last two rounds. However, Jordan Rhodes and the lads have severe troubles converting their chances into goals. Sheffield Wednesday is among the most inefficient teams in the league, while their defense hasn’t been tight enough so far. They are very unconvincing on the road, where the Owls scored 13 times and lost four times in the last five outings. Sheffield Wednesday needs to show their best game in the next nine matches to survive in the Championship.

Watford has been perfect in the past five rounds, and the hosts are strong favorites in this game. Despite Sheffield’s good displays in the previous two games, we believe the Hornets will take all three points from this encounter.

While the visitors struggle in front of the oppositions’ net, Watford has been very hard to beat in the back. Therefore, we wouldn’t be surprised if the hosts manage to keep the clean sheet once again.