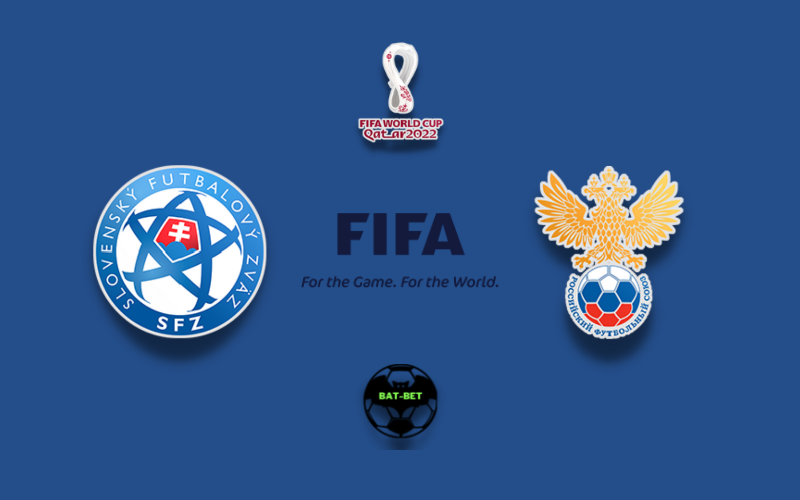 Slovakia will take on Russia in the FIFA World Cup Qualifiers 3rd round on Tuesday evening. The home side searches for the first victory in the campaign, while the visitors want to keep the perfect record.

Despite being one of the contenders for the top two spots, Slovakia still hasn’t celebrated in these quals. The hosts got back from Cyprus with only a point in a match that finished in a goalless draw. Stefan Tarkovic’s side was a firm favorite against Malta at home, but they needed to save a point after trailing 2:0 at halftime. Milan Skriniar and the lads are only a point behind Slovenia and Croatia, but they don’t have the right for any mistake anymore. Slovakia managed to secure a place in EURO thanks to the UEFA Nations League playoffs. However, they got relegated in the next campaign from the UNL Division B. The home side hasn’t been in very good form lately, and they need to start winning to stay in the game for the top two spots.

On the other hand, Russia opened these quals very confidently and booked two victories. Their trip to Malta was a success after a 3:1 win, followed by an important victory against Slovenia. Stanislav Cherchesov’s side sits on the top of the group, being the only team with six points from two rounds. Artem Dzyba and the lads booked a place for EURO but failed to win the promotion to the UEFA Nations League Division A. These two victories came after a series of poor results and a six-game winless streak. Russia didn’t keep the clean sheet in the previous four matches, and they need to tighten up the defense. However, they scored at least twice three times out of the last four occasions. If the visitors celebrate again, they will be in an excellent position to win the top spot.

Slovakia hasn’t played well lately, and they spilled important points against lower-ranked national teams. Russia might keep up where they left off and book another valuable win.

When these two teams face each other, we can rarely see more than two goals in the game. Just one from their seven encounters went over a 2.5 margin. Therefore, we expect to see two goals at most once again.