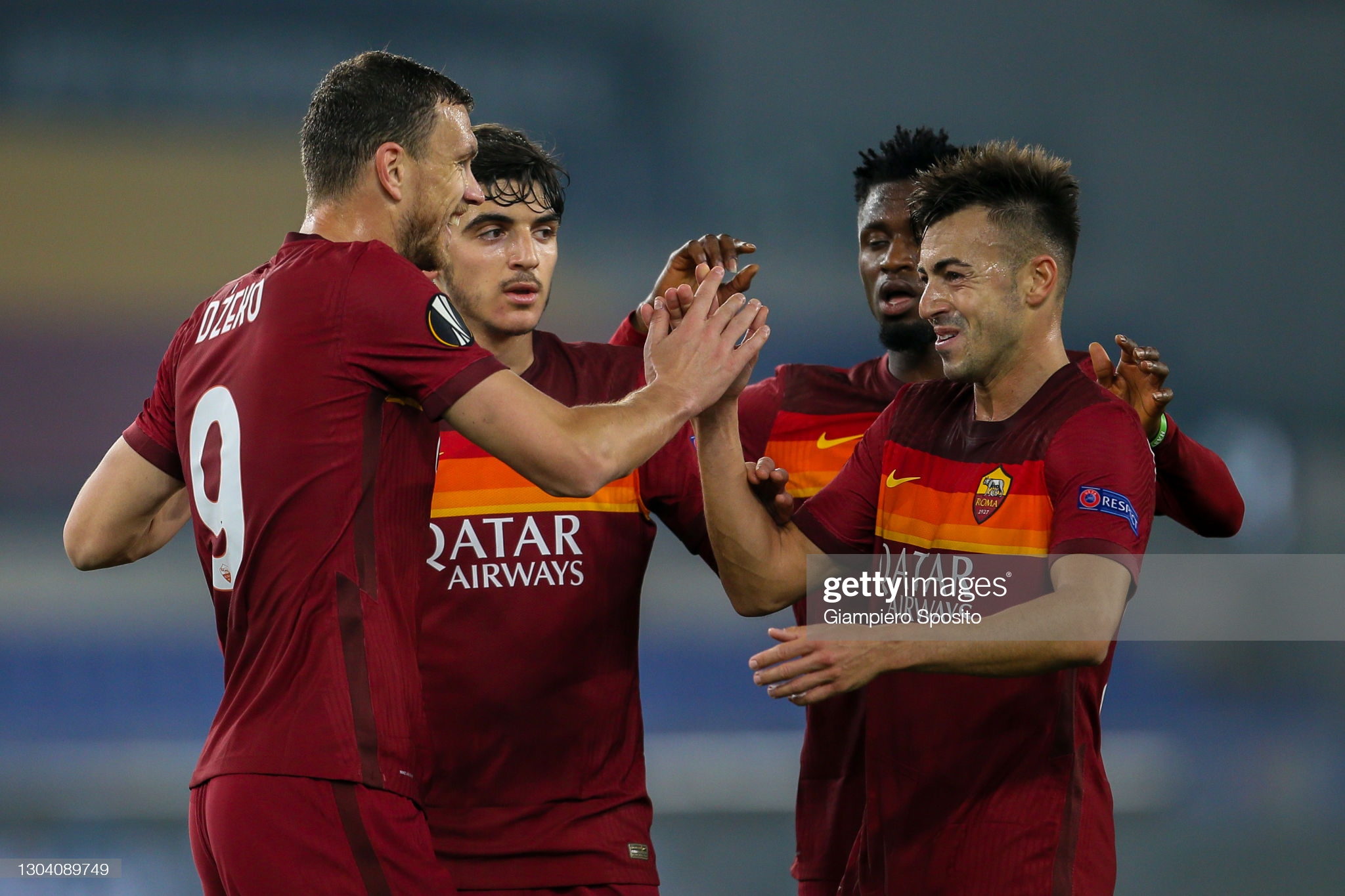 Roma and Milan will close the Serie A 24th round with a Sunday evening derby match. Both sides want to stay in the title battle and will therefore search for a victory.

Roma successfully continued its Europa League campaign after eliminating Braga 5:1 on aggregate. However, the hosts haven’t been pretty consistent in Serie A as they celebrated only once in the previous three rounds. Nevertheless, Paulo Fonseca’s side remains in the top four and nine points behind the top-placed Inter. Henrikh Mkhitaryan and the lads have been pretty productive in front of the oppositions’ goal, netting 47 times. However, Roma needs to tighten up its defense to keep their title chances alive and not slip down from the 4th spot. Giallorossi are the best home team in the league as they still haven’t lost at Stadio Olimpico. Only three teams managed to get back undefeated when they traveled to Rome. Roma will have some selection issues as several important players are injured.

Milan also managed to find its way through the Europa League eight-finals. However, they were very lucky to remain in the competition, as Rossoneri eliminated Serbian champions Red Star on the away goals. Despite having an extra player on the pitch in the last 20 minutes in the game, Milan needed to defend a 1:1 draw at San Siro. The away side’s confidence seems damaged as they also tied two defeats in Serie A. They lost the Derby della Madonnina last weekend as Inter celebrated a 3:0 victory. Stefano Pioli is now four points behind its fiercest rivals and needs to get back to the winning track urgently. Milan has been excellent on the road, where they suffered only one defeat in the campaign. This period might be decisive for the away side and its title chances.

Roma is in a better momentum, but the hosts will miss Dzeko, Smalling, and Ibanez in this game. Milan could take advantage of that to get back home with a point.

While Roma hasn’t been too tight in the back, Milan failed to keep the clean sheet four times in a row. Therefore, we expect to see goals in both nets at the end of this clash.