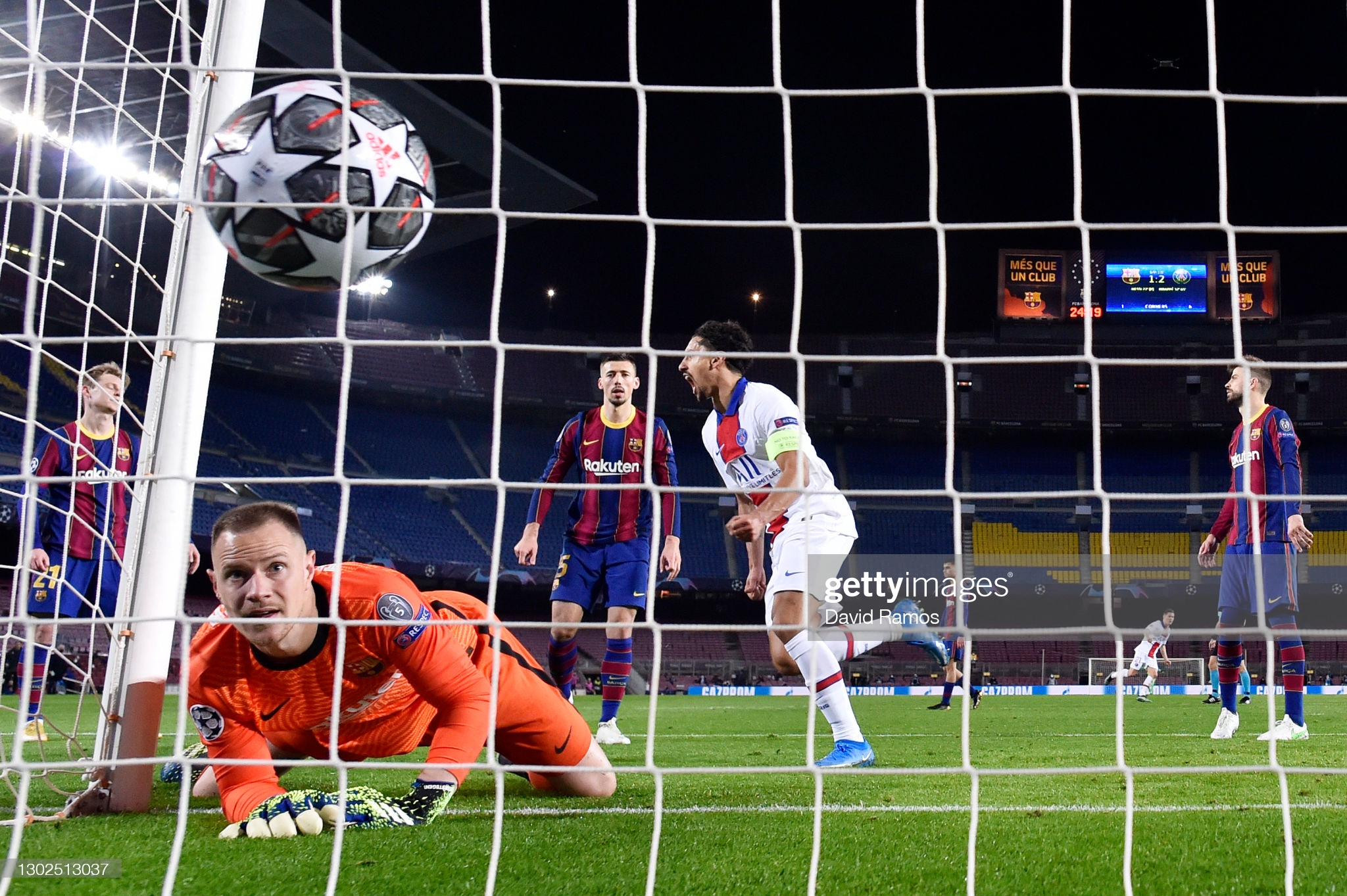 PSG and Barcelona will face each other in the second-leg battle for a place in the Champions League quarter-finals. The hosts have a comfortable first-leg advantage, while the away side searches for another epic comeback.

The home side heads to this match in a good mood and after three straight wins on the road. PSG celebrated against Dijon and Bordeaux in Ligue 1 while still being in the Coupe de France trophy battle. Mauricio Pocchetino’s side managed to keep the clean sheet in all these games while being clinical in the front. However, Kylian Mbappe and the lads are two points behind Lille in the French top-flight. With ten more rounds to go, it is going to be a very exciting title race. On the other hand, PSG wants to reach another continental final. The hosts are on a good track of progressing to the quarter-finals after beating Barcelona 4:1 on the road. However, we all remember their tie in the 2016/17 season when PSG dropped a four-goal advantage. Moise Kean and Neymar won’t be there to help, but the hosts search for a confident display that will see them through.

Barcelona also improved its form in a previous couple of weeks. After losing in the first leg match and snatching a point against Cadiz at home, Leo Messi and the lads celebrated four times in a row. They were confident in La Liga, and victories against Elche and Osasuna could see them back in the title battle. They also reached the Copa del Rey finals after an excellent turnaround against Sevilla. Ronald Koeman’s side has also been very disciplined in the back lately. Barcelona hasn’t conceded in the previous four matches, and they want to keep up in the same fashion. However, the visitors need to attack from the very start of this game if they wish to proceed to the top eight.

It is going to be another exciting game, and despite PSG’s advantage, it can go in either way. Neither side has been so confident this season compared to the previous ones. We believe Barcelona can win this match, and we’ll see if it will be enough for staying in the competition.

Both sides possess a massive attacking potential, and their head-to-head clashes have always been very efficient. Despite recent good defensive displays from both teams, we expect to see goals in both nets.

Click below to bet on PSG vs Barcelona and claim your 100% welcome bonus up to 122€ now!