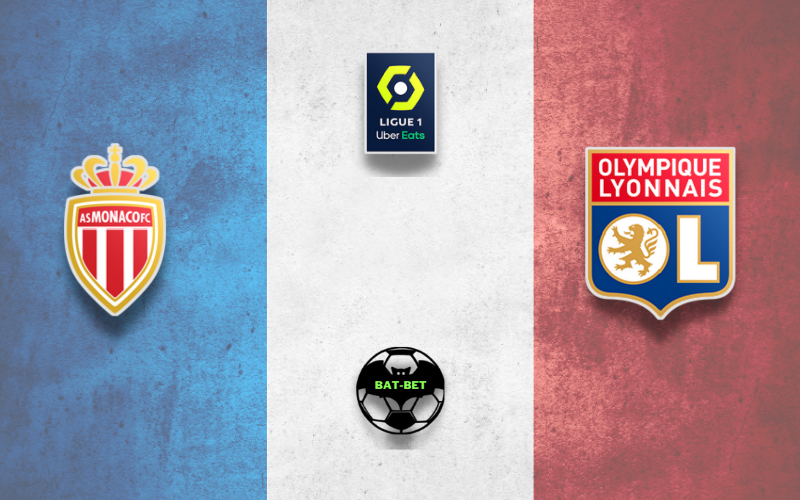 The clash between Monaco and Lyon will wrap up the Ligue 1 35th round on Sunday evening. The hosts are still in the title race, and they want to keep chasing Lille and PSG, while the away side hopes to get back in the top three.

The home side is in a hot run lately since they celebrated seven times in a row in all competitions. Monaco missed the chance to win just once on the previous nine occasions, and that streak launched them to 3rd place. Niko Kovac’s side is two points behind Lille and four behind PSG but has a game in hand. Les Monegasques are the second most efficient team in Ligue 1, but that’s not their most significant strength lately. Ruben Aguilar and the lads managed to keep the clean sheet nine times in a row, and Monaco conceded just once in the last 12 matches! They are the best hosts in the league, as Monaco lost only once at Stade Louis II. However, the home side will face severe selection troubles, as several players are sidelined due to positive Covid-19 tests. The most notable names that will miss this game are Sofiane Diop, Aleksandr Golovin, Gelson Martins, and Stevan Jovetic. Still, Monaco wants to keep the run going and stay in the title battle.

Lyon missed the chance to get back in the title race after losing to Lille in the latest round. Although l’OL had a 2:0 advantage, the visitors managed to turn around the result completely and keep their top spot intact. The visitors are four points behind their upcoming rivals, and only a victory can keep their Champions League chances alive. Rudi Garcia’s side has been pretty inconsistent lately, as they managed to win only twice in the previous five rounds. On the other hand, they have been excellent on the road, losing just one game during the campaign. However, the away side will also face some selection troubles. Lyon cannot count on their best player, Memphis Depay, due to a suspension. Islam Slimani, who scored against Lille and heavily impacted his team’s second goal, will be doubtful, while Melvin Bard is tested positive on Covid-19.

It is going to be a tight match that can go either way. If they hadn’t missed many important players, we would consider Monaco as favorites. In this case, Lyon might snatch a point here, despite losing against Monaco in Coupe de France just ten days ago.

A number of missing players could also negatively impact Monaco’s streak without conceding. Lyon has significant attacking potential, despite Depay’s absence. We expect to see an efficient clash in which both teams should be able to find the back of the net.