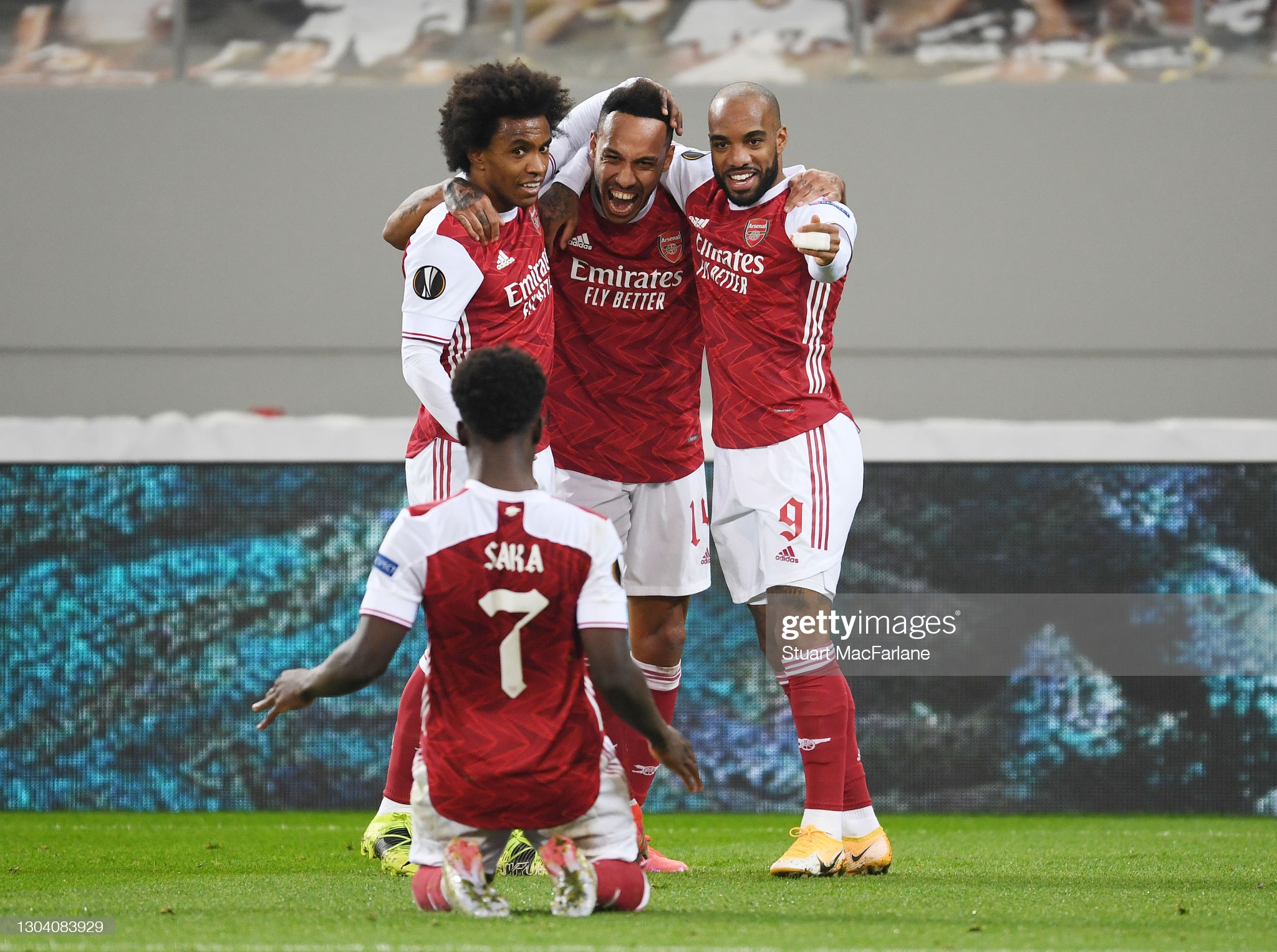 Leicester City and Arsenal will open Sunday’s action in the Premier League 26th round. The hosts want to continue the battle for 2nd place, while the away side is looking forward to taking some points.

Leicester City has been on a pretty good run in the Premier League recently. The Foxes picked up ten points from the previous four rounds and remained leveled-up with Manchester United. However, Brendan Rodgers’s side failed to qualify for the Europa League eight-finals after losing to Slavia Prague 2:0 on Thursday. Nevertheless, the entire focus is on the Premier League, as the home side wants to secure the Champions League qualification. Jamie Vardy and the lads have been pretty productive lately. On the other hand, the defense conceded just twice in the previous four rounds. Leicester City improved its home displays and celebrated three times on the last four occasions. The hosts need to keep up where they left off to remain in the top four, at least.

Arsenal heads to this game after a dramatic victory over Benfica last Thursday. Although the Gunners were 2:1 down, Pierre Aubameyang’s late winner saw them through the Europa League eight-finals. However, Arsenal has many troubles in the Premier League as the away side sits in the disappointing 11th place. Mikel Arteta’s guys need to stabilize their form if they want to secure another continental qualification. They are six points behind the sixth-placed Liverpool, but their recent record is far from good. Arsenal celebrated only once in the previous five rounds and tied two defeats on the road. The Gunners need to start converting more chances into goals, as they scored only 31 times so far in the campaign. It will be another tough challenge for them, but their confidence should be a bit higher now.

These two sides head to the game in different moods after the Europa League matches. Arsenal should be in more positive momentum, and we think the visitors can get away with at least a point.

Although their head-to-head matches haven’t been too efficient, we expect to see an exciting game. Both teams are capable of scoring, and we don’t believe that the nets will remain intact.

Click below to bet on Leicester City vs Arsenal and claim your 100% welcome bonus up to 122€ now!