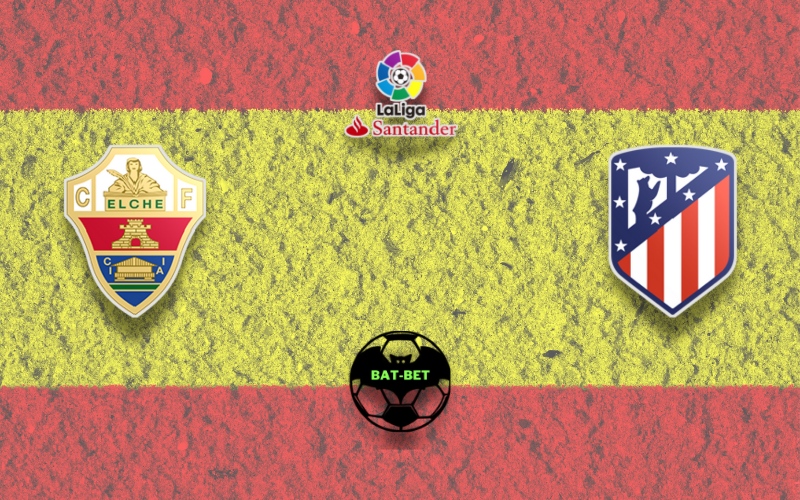 Elche will take on Atletico Madrid in the 34th round of the La Liga on Saturday afternoon. The home side looks forward to remaining in the Spanish top flight, while the visitors want to stay on the top of the table.

The hosts struggle for survival since they are just below the red line. However, they are leveled with Valladolid and just one point behind Alaves. Elche heads to this game after snatching four points in the previous two rounds, managing to beat Levante last weekend. Francisco Escriba’s side struggles in front of the oppositions’ net, though, as they scored only 29 goals so far in the campaign. On the other hand, Lucas Boye and the lads have been unbeatable at home lately, as they haven’t tasted a defeat at Estadio Manuel Martinez Valero on the previous six occasions. They need to continue that streak to keep their chances of staying up at the end of the season.

Despite a very inconsistent form, Atletico Madrid still managed to hold the 1st spot. The away side lost in Bilbao last weekend and allowed other title contenders to get back into the race. Barcelona had a chance to overtake the top spot with a potential victory against Granada at Camp Nou, but the Catalans slumped to a 2:1 defeat. Diego Simeone’s side celebrated just twice in the previous five rounds, and four teams are within a three-point difference. It seemed that Los Colchoneros got back on the winning track after beating Elche and Huesca, but the match against Athletic showed they need to keep improving. The good news for the away side’s fans is Luis Suarez’s return, and Atletico shouldn’t have significant injury troubles ahead of this clash. The visitors failed to get back home with a win from the last four outings, and they need to break that negative record.

Elche has been playing very well at home lately, and they will search for a chance to keep the unbeatable run a little bit longer. On the other hand, Atletico got a gift from Barca that they shouldn’t waste. The game might be tight, but we believe the visitors will pick up vital three points in this one.

Atletico’s defense hasn’t been so stable recently, while Elche hasn’t scored more than once in the previous eight matches. We don’t expect to see too many goals in this one, and this clash might stay under a 2.5 margin.