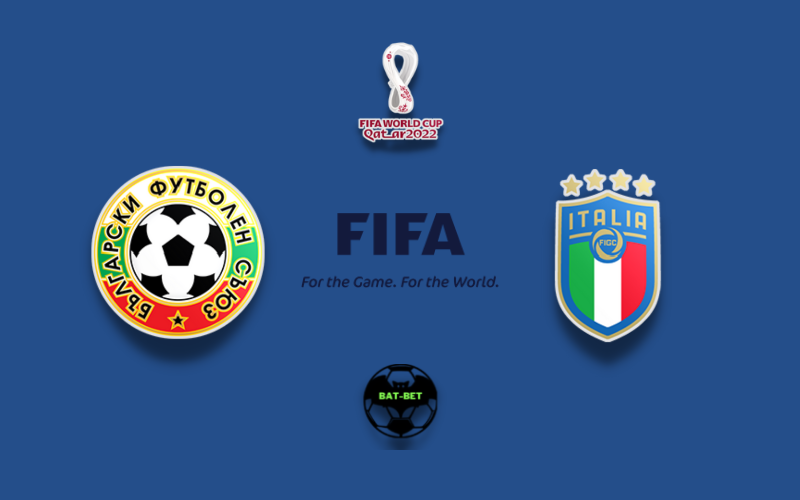 Bulgaria will face Italy in the FIFA World Cup Qualifiers second round. The home side searches for an improvement while the visitors want to keep the perfect record at the start of the campaign.

Bulgaria had a poor start in the World Cup Quals after losing against Switzerland at home. They lost the game already in the locker room, as Switzerland had a 3:0 lead after just 12 minutes into the game. Yasen Petrov’s side managed only to score a consolation goal at the beginning of the second half. The hosts failed to qualify for EURO as well since they picked only six points in their group. Bulgaria also got relegated from the UEFA Nations League Division B, where they remained undefeated only twice. Kiril Despodov and the lads celebrated only once on the previous ten games, and that victory came in a friendly match against Gibraltar. The home side needs to improve a lot to win something from this game.

Italy had a confident start to the campaign after beating Northern Ireland 2:0 at home. Domenico Berardi and Ciro Immobile scored before the halftime break, and after that, everything was a routine. The visitors are the top favorites for winning 1st place in the group, but Switzerland will search for its chance. Roberto Mancini’s side has been pretty convincing lately as Italy hasn’t lost its previous 23 games in all competition. They were perfect in the EURO Quals after winning the group with all ten victories. Azzurri will also have the chance to challenge the UEFA Nations League trophy, as they qualified for the final tournament. Leonardo Bonucci and the lads have been almost unbeatable in the back, as they conceded just once on the previous eight occasions. The visitors want to keep up where they left off and celebrate another important victory.

Italy is a strong favorite in this match, and everything except the away side’s win would be a surprise. The visitors should secure the advantage already in the first half.

Bulgaria has severe troubles converting its chances into goals, while Italy is excellent in the back. Therefore, we think the away side might keep the clean sheet for the fifth time in a row.