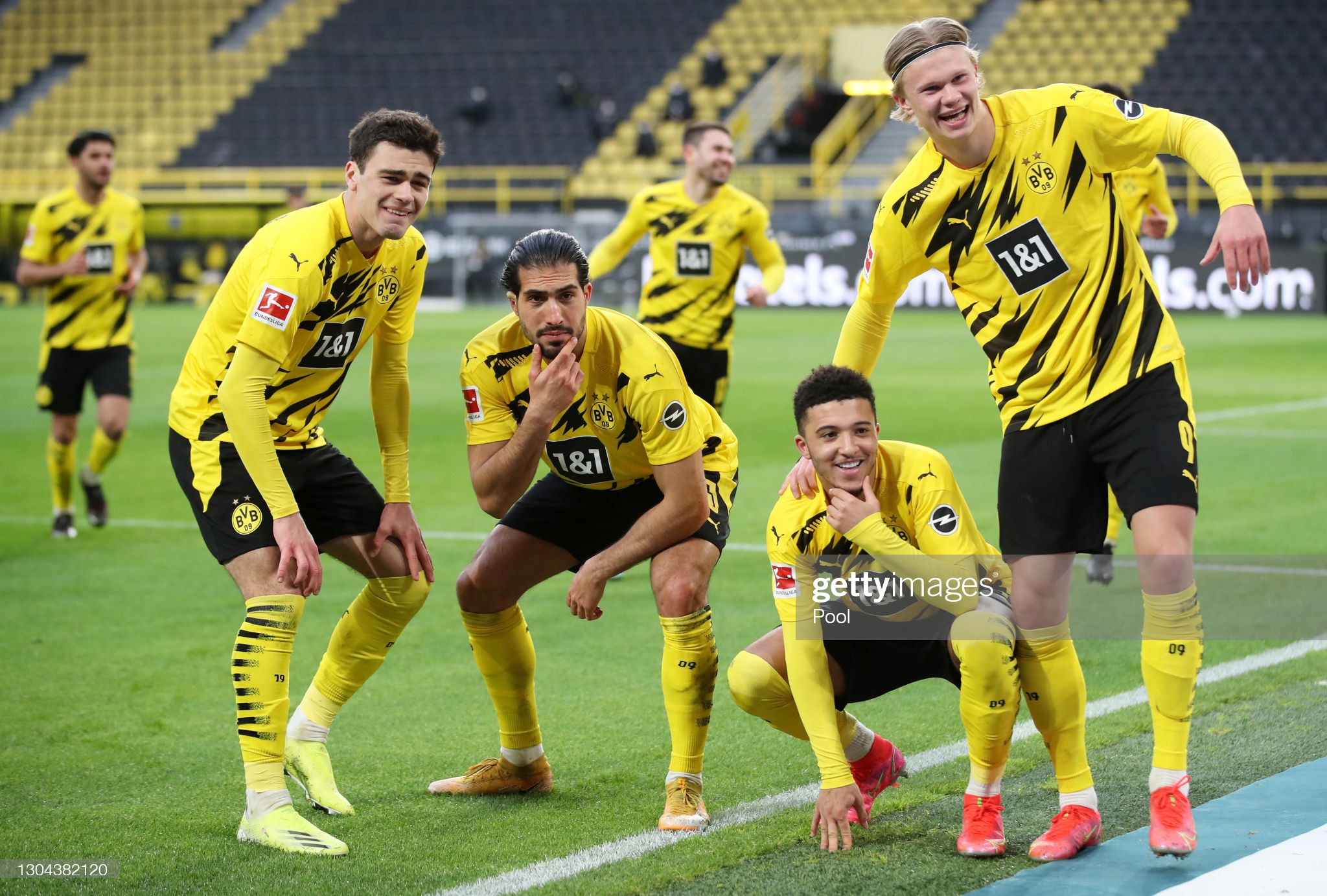 Borussia Monchengladbach and Borussia Dortmund will fight for the place in the DFB Pokal semi-finals. Both teams will search for a victory that can leave them in the battle for the trophy.

It seemed that Gladbach would break its poor streak at Leipzig the last weekend. However, a 2:0 half-time lead wasn’t enough for Marco Rose’s team to book their first victory in the past five matches. Moreover, they suffered another defeat, which was their third in a row. Monchengladbach is now 9th on the table, being four points behind the sixth-placed Bayer Leverkusen. Although Marcus Thuram and the lads have been clinical in front of the oppositions’ net, their defense needs to tighten up. The DFB Pokal seems to be a good opportunity for Gladbach to secure the Europa League qualification. However, they need to improve a lot to be competitive in winning the trophy.

Borussia Dortmund raised the level of its performances significantly in the past few matches. Everything started with a 3:2 away win at Sevilla in the Champions League eight-finals. The away side continued the streak against Schalke and Arminia Bielefeld last weekend. Despite having severe troubles in the back, Dortmund managed to keep its net intact on the previous two occasions. Erling Haaland and the lads produced ten goals in the past three matches, and the visitors want to continue that trend. Borussia Dortmund emerged to be the top favorite for winning the DFB Pokal after Bayern got eliminated. They will also fight for the top four places as the away side is only three points behind Eintracht Frankfurt. A challenging period is ahead of Dortmund, and they need to keep the good run going.

It is going to be a tight clash, as nobody should underestimate Borussia Monchengladbach. However, we believe the visitors are slight favorites, and they should proceed to the semi-finals.

Both sides have been doing very well in the front, and they are capable of scoring in this match as well. Therefore, we believe that neither team will keep the clean sheet.

Click below to bet on Borussia Monchengladbach vs Borussia Dortmund and claim your 100% welcome bonus up to 122€ now!