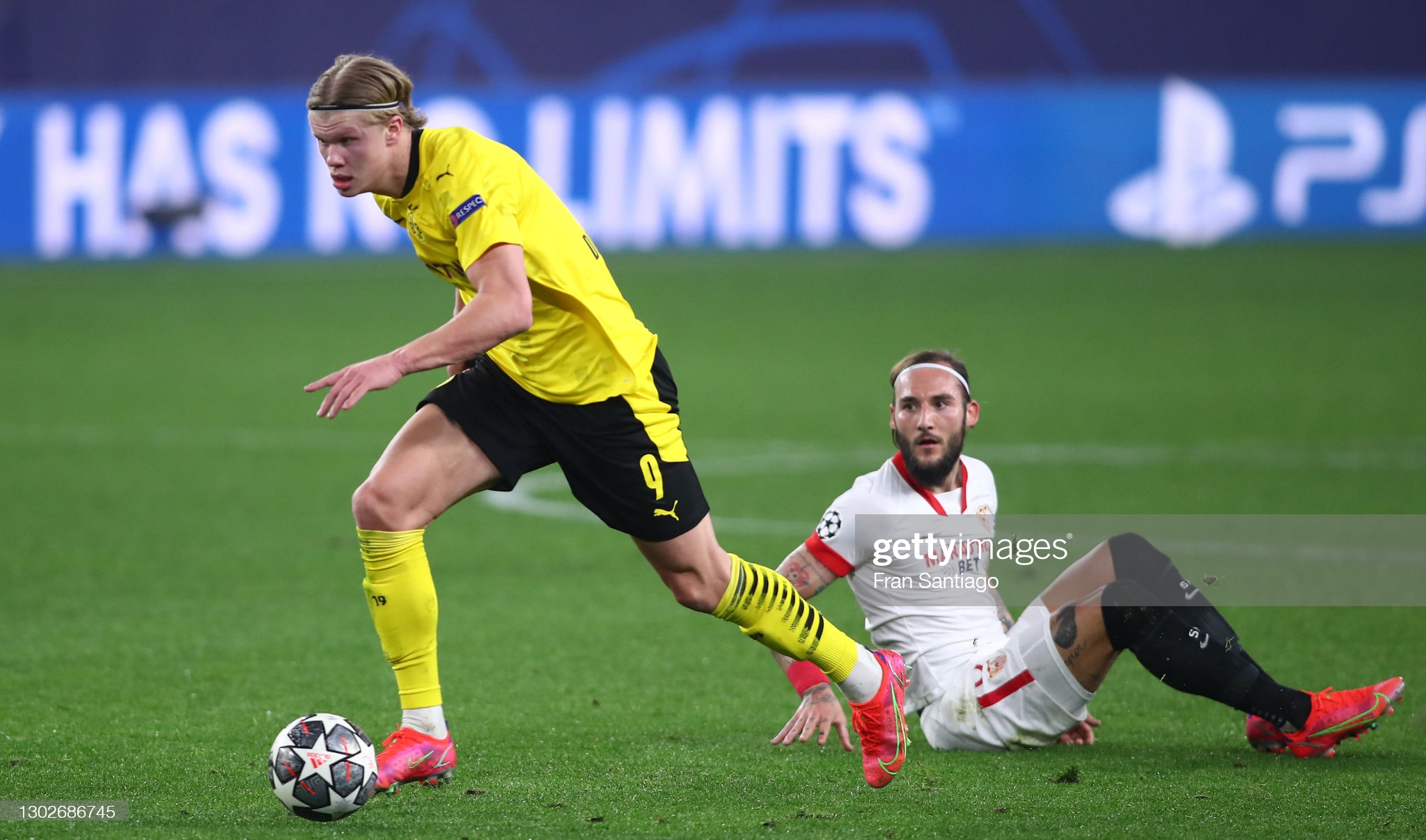 Borussia Dortmund and Sevilla will fight for a place in the Champions League quarter-finals on Tuesday evening. The hosts want to keep their first-leg advantage, while the away side hopes for better performance.

The home side had a 2:0 advantage in Munich after just nine minutes into the game, thanks to Erling Haaland’s brace. However, they got back home with empty pockets. The defending champions equalized by half-time and scored twice more in the last minutes of the clash for a 4:2 win. Borussia Dortmund slipped to the 6th spot in Bundesliga, being four points behind Eintracht Frankfurt. A defeat in Der Klassiker was their first after four straight victories in all competitions. They haven’t conceded three times in a row before the clash against Bayern. However, Borussia Dortmund is on a good track to securing a place in the next stage. They celebrated a 3:2 victory in Sevilla, which started their winning streak. Although the hosts will have selection troubles due to the increased number of injured players, they want to put another good performance.

On the other hand, Sevilla’s poor run started three weeks ago after losing against their upcoming rivals. The away side lost four times on the last five occasions and allowed Real Sociedad to get just three points behind them. Julen Lopetegui’s side lost twice against Barcelona in only four days. The latter was much more painful, as Sevilla spilled a 2:0 first-leg advantage in Copa del Rey. They went to the extra time after conceding in the last moments of the game and eventually lost 3:0. Youssef En Nesyri and the lads head to this match after another defeat last weekend, this time against struggling Elche. The visitors scored only once in the previous three games, and they need to improve their chance conversion. If they want to proceed to the next stage, Sevilla should win by at least a two-goal margin or net three times to get the chance for extra-time.

Although the hosts will miss several players, they are in better momentum, and we consider them slight favorites. We believe they can celebrate once more in this tie, and book a ticket for quarter-finals.

Borussia Dortmund has been involved in many high-scoring matches lately, and this one shouldn’t be much different. Sevilla doesn’t have time to wait, so we expect an open clash with at least three goals in total.

Click below to bet on Borussia Dortmund vs Sevilla and claim your 100% welcome bonus up to 122€ now!