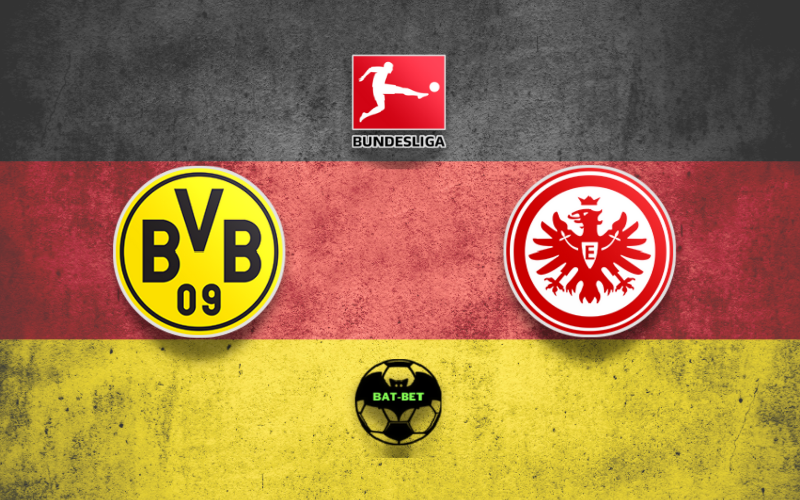 Borussia Dortmund will host Eintracht Frankfurt in the Bundesliga 27th round on Saturday afternoon. Both sides are challenging a place in the top four and want to record a victory in this clash.

This game might be the last chance for the hosts to remain in the fight for the Champions league ticket next season. They are sitting in 5th place, being four points behind their upcoming rivals. Borussia Dortmund lost only once in the previous five rounds, and that defeat came against Bayern Munich. Although BVB had a 2:0 lead, they eventually lost 4:2. Erling Haaland and the lads dropped two points against struggling Koln in the latest round, and they don’t have the right for any mistakes. Dortmund dropped too many points at the home ground, however, they improved their displays at Signal Iduna Park lately. The home side needs to continue putting high-level performances in the remaining eight rounds to finish the campaign in the top four.

Eintracht Frankfurt enjoys an excellent season as they are on a good track of securing a Champions League place. However, the away side hasn’t been too consistent lately as they won just two times on the previous five occasions. Nevertheless, Adi Hutter’s side hasn’t lost three times in a row, and they had pretty tough opponents on a schedule. Filip Kostic and the lads have been clinical in front of the oppositions’ net with 53 goals scored. Eintracht Frankfurt lost only three times this season, and all defeats came on the road. The visitors picked up just a point from the previous two outings, but that one came against RB Leipzig. Eintracht needs to get back on a winning track and keep their place in the Champions League zone.

Although this game can go either way, Borussia Dortmund is a slight favorite. They managed to beat Eintracht Frankfurt ten times in a row at Signal Iduna Park, and we believe BVB could keep up the pace. A victory in this clash could be crucial for the hosts.

Both sides are among the most productive teams in Bundesliga. Besides that, their last six encounters at this stadium went over a 3.5 margin. We don’t think this one will be much different, and we should see at least three goals in total.