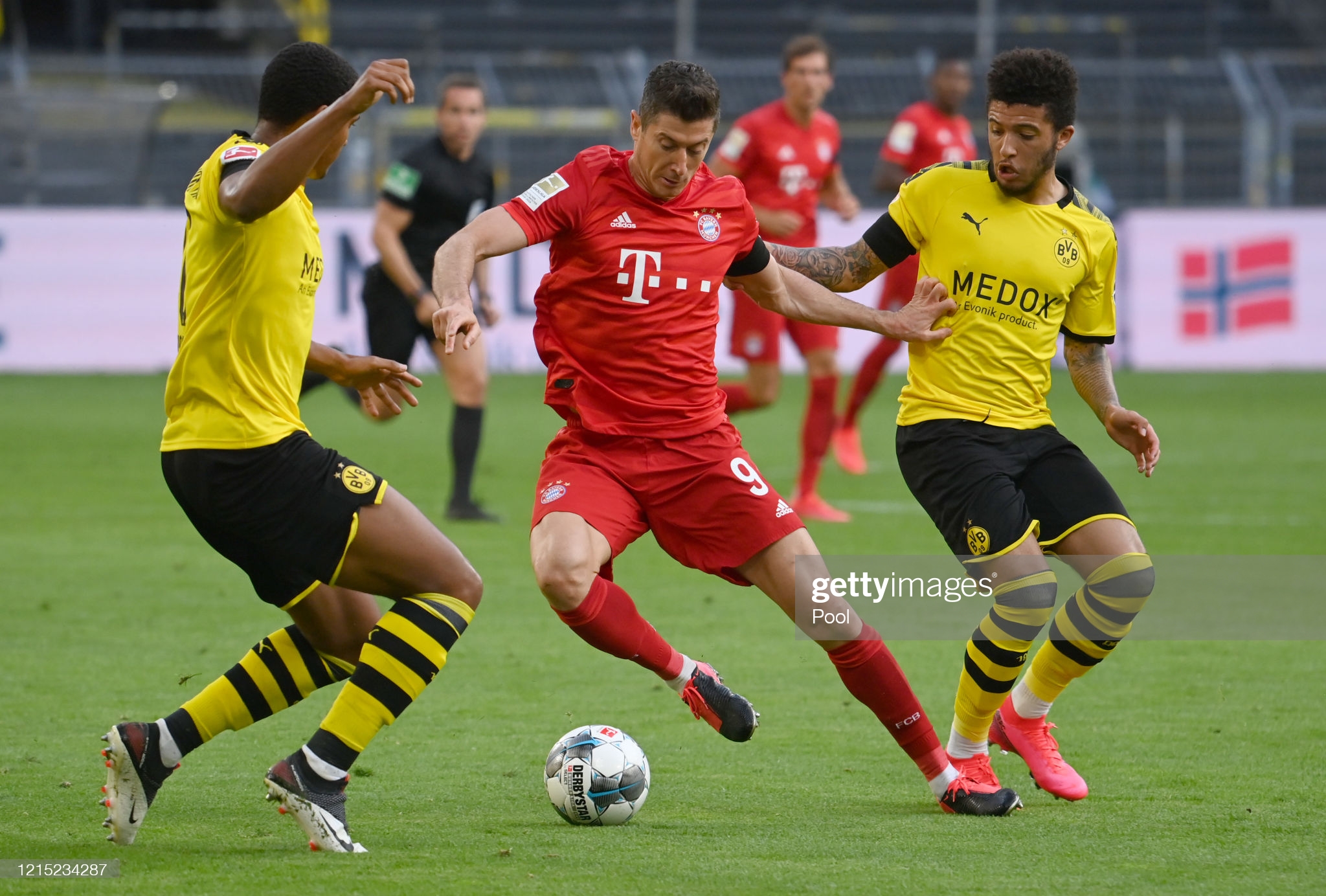 Saturday’s action in the Bundesliga 24th round will be closed with a derby match between Bayern Munich and Borussia Dortmund. The hosts want to stay on the top of the table while the away side fights for a Champions League place.

Bayern didn’t shine upon the return from the FIFA Club World Cup, where they lifted the title. In two Bundesliga rounds that followed, the Bavarians picked up just a point. That enabled RB Leipzig to get only two points behind the defending German champions. However, Hans Flick’s side managed to get back to the winning track after a convincing 4:1 victory away to Lazio. Robert Lewandowski and the lads are on a good way to securing a place in the Champions League quarter-finals. Bayern continued in the same fashion in Bundesliga after trashing Koln 5:1. The hosts have been lethal for the oppositions’ goalkeepers this season, as they netted 67 goals. They still haven’t lost at Allianz Arena this season, and their visitors managed to stay undefeated only on three occasions. Bayern wants to keep up where it left off and remain the top-placed team in Bundesliga.

Borussia Dortmund cannot be satisfied with its overall performance this season as their tithe hopes ended too soon. The visitors sit in 5th place, being three points behind Eintracht Frankfurt. They have been inconsistent throughout the campaign, but they have started showing some improvements lately. Everything started with a 3:2 away win over Sevilla in the Champions League eight-finals, where Erling Haaland shined. Dortmund replicated the same recipe on the following three games, keeping the perfect record. The away side celebrated four times in a row, keeping the clean sheet on the last three occasions. This is particularly important for Dortmund as they had severe defensive troubles this season. They don’t shine on the road, but the visitors managed to break their three-defeat run when playing away from home. However, this is going to be the toughest challenge for them so far.

These derbies are always hard to predict, as they can go in either way. If it were played several weeks ago, we would be pretty confident in Bayern’s win. Dortmund improved its form recently, but we will back the hosts since the visitors will miss several important players, including Jadon Sancho.

Their head-to-head clashes always brought some fireworks, and we don’t have doubts it will be the same. Therefore, we expect to see at least four goals in total in this clash.

Click below to bet on Bayern Munich vs Borussia Dortmund and claim your 100% welcome bonus up to 122€ now!