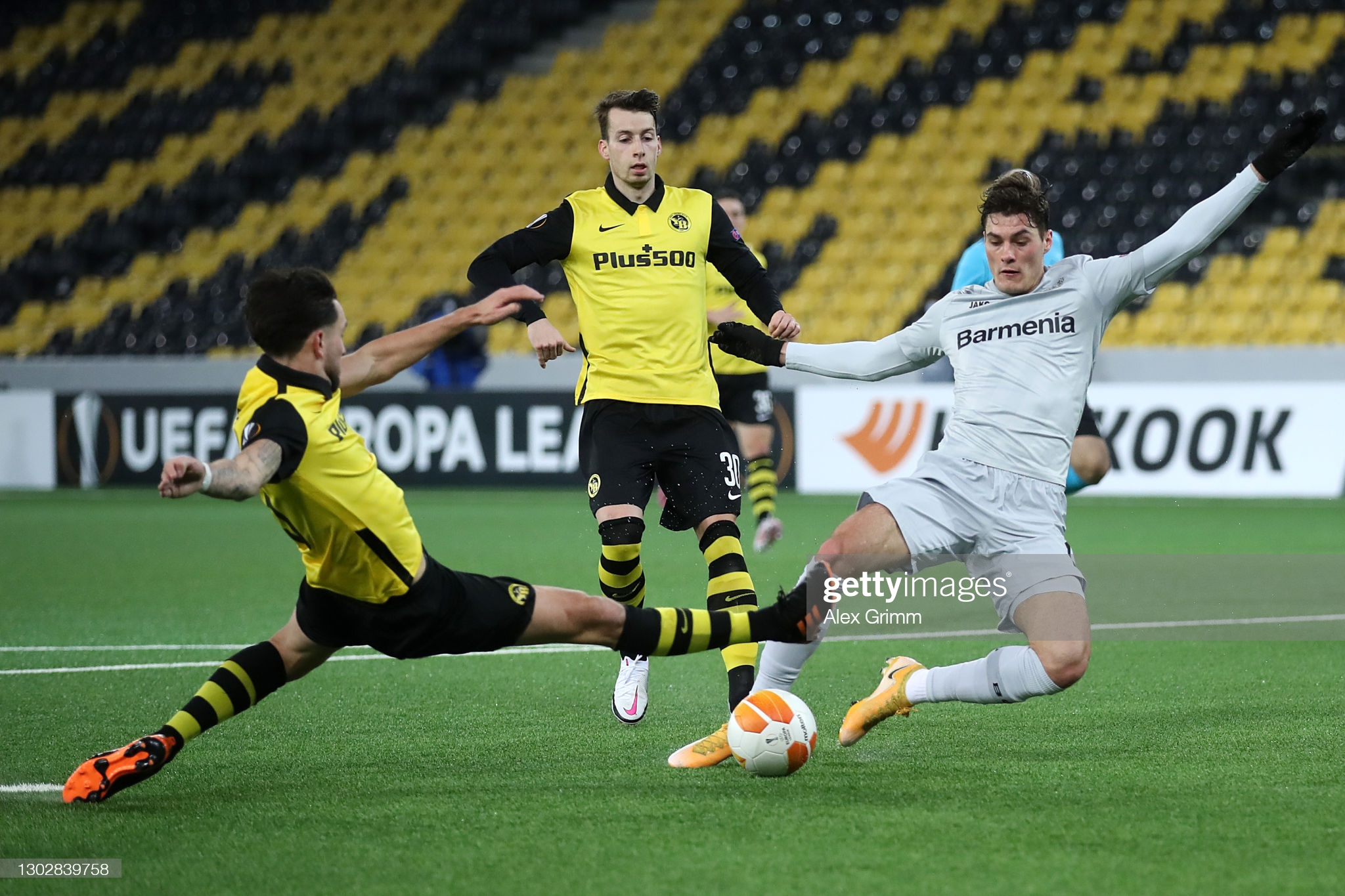 Bayer Leverkusen will host Young Boys in the Europa League first knockout round second-leg match. The hosts want to neutralize the opponent’s advantage, while the away side is looking forward to remaining undefeated.

The home side has been very inconsistent lately, and one victory in the previous five Bundesliga rounds saw them declining to 5th place. In-form Eintracht Frankfurt is five points ahead, and Leverkusen needs to stabilize its form. Although it seemed that Peter Bosz’s side could challenge the title, they will have a tough task to finish in the top four. They head to this game after a 1:1 draw away to Augsburg last weekend. Aleksandar Dragovic and the lads have big troubles keeping their net intact. Bayer Leverkusen conceded 13 times in a row, and they didn’t manage to keep the clean sheet in 2021. The hosts have been very convincing in their group, winning the top spot with five wins. However, Leverkusen was in top form at that time. This time, they need to search for a victory and overcome their rivals’ 4:3 advantage.

Young Boys had a dream first half in the match at Stadion Wankdorf. They had a 3:0 lead, and everything seemed to be going easily. However, Leverkusen managed to equalize, while Theoson Siebatcheu’s late winner secured them a minimal advantage. Gerardo Seoane’s side enjoys another excellent domestic campaign as they are 18 points ahead of Basel. Young Boys failed to win just once in the previous 12 games in all competitions, excluding friendlies. They haven’t lost since December, and the away side is pretty confident in the back. The visitors still haven’t lost on the road in the Swiss Super League, allowing their hosts only three points on ten occasions. However, they secured a place in the knockout stage after two stoppage-time goals against CFR Cluj. Young Boys want to keep up where they left off and proceed to the next round.

Although Leverkusen is not playing very well lately, they are still slight favorites to qualify to the next round. Therefore, we believe they are going to celebrate a victory in this match.

Bayer Leverkusen has been involved in many efficient matches lately, and this one shouldn’t be much different. Young Boys have also been pretty productive lately, and we think this game should go over a 2.5 margin.

Click below to bet on Bayer Leverkusen vs Young Boys and claim your 100% welcome bonus up to 122€ now!