Acca of the Day | Marseille to Get Back in the Europa League Race! 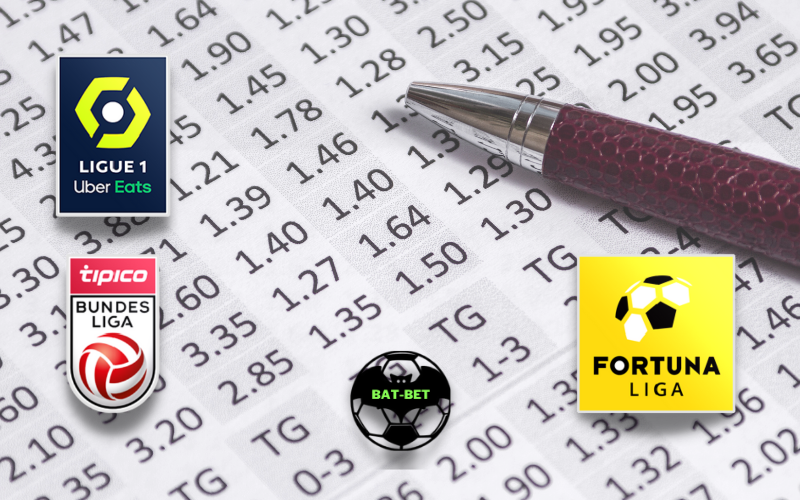 Howdy, fellow tipsters! We were on a good track yesterday, but Krasnodar suffered a humiliating 5:0 defeat in the hands of Akhmat Grozny. Monaco’s convincing second-half display brought them a 4:0 victory over Metz, while Atalanta remained in the top four by beating Udinese 3:2. We have selected these three tips from Sunday’s offer:

Jorge Sampaoli’s arrival put the fire under control as Marseille booked two straight wins. However, l’OM suffered a 3:0 defeat in the latest round against Nice. Nevertheless, Florian Thauvin and the lads still have the chance to secure a Europa League spot for the next season. They are four points behind Lens, having one game in hand. Marseille has been on a good run at Stade Velodrome lately, as they missed the chance to win only once on the last four occasions.

Dijon is hammered to the bottom of the table, and the visitors are a prime candidate for relegation. They are 14 points away from the nearest top spot, but most concerning for the away side’s fans is its team’s form. Dijon lost ten times in a row in Ligue 1, in addition to a defeat in Coupe de France. The visitors are the most inefficient team in the competition while having one of the leakiest defenses. Marseille should use this opportunity to get closer to the 5th spot, and the odds are pretty generous.

The first bet is Marseille to Win at the odds of 1.50!

We recommend you register at MELbet if you want to place this pick as a single bet. Place a €10 wager on Marseille to Win, and you will get €30 in FREE bets! Sign up HERE, and don’t forget to enter the BATBET1 promo code!

Battles for the title and continental spots kick off this weekend in Austrian Bundesliga. Wolfsberger is three points away from the place that leads to the Europa League playoffs, but a long journey is ahead of them. Dejan Joveljic and the lads have been pretty productive in the final third, but their defense is pretty leaky. The hosts are not too confident at the home ground, where they celebrated only twice this season.

On the other hand, Rapid Vienna is four points behind Salzburg and will try to surprise the biggest contenders for the title. They haven’t lost four times in a row but were involved in two draws during that period. The visitors are the second-most efficient team in the league, and they want to continue in the same fashion. We had the opportunity to see many goals in their most recent head-to-head clashes. Six out of their previous seven encounters ended with goals in both nets, and we think this one won’t be much different.

These two sides fight for the 2nd spot in this campaign, as it is pretty certain that Slovan Bratislava will lift the trophy. Zilina has been on a pretty good run lately, as the hosts picked up seven points from the previous three rounds. The hosts are among the most productive teams in the league, with 53 goals scored. On the other hand, their defense is not that tight. Five of their previous six games in Fortuna Liga went over a 2.5 margin.

DAC Dunajska Streda is six points ahead of its upcoming rivals but hasn’t been too confident lately. The visitors lost twice in the previous three rounds, and they want to get back on the winning track. They have also been clinical in front of the oppositions’ net, scoring just one goal less than Zilina. As both sides have been involved in many high-scoring matches lately, we expect to see at least three goals in total in this one.

Marseille to Win vs Dijon

Over 2.5 FT in Zilina vs DAC Dunajska Streda