Acca of the Day | Arsenal to Secure the First-Leg Advantage! 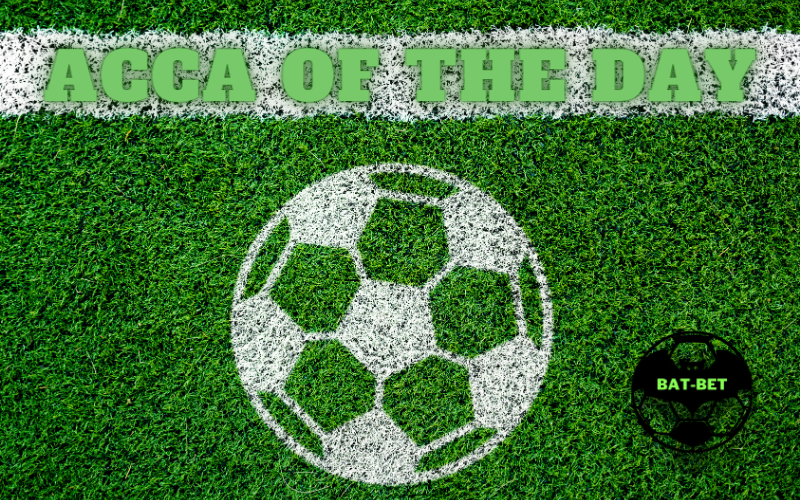 Howdy, fellow tipsters! We were very close to landing all three picks, but Olympiakos failed to beat Giannina in the Greek Cup semi-finals first leg. Tampines Rovers trashed Young Lions with a 7:0 victory, and they scored three goals by halftime. Finally, Torpedo Moscow continued the promotion battle thanks to a narrow 1:0 win away to Dynamo Bryansk. We made these selections for Thursday:

Arsenal failed to win in the last three games in all competitions, and the hosts are far from challenging the continental spots through the Premier League. The Gunners are nine points behind the fifth-placed Chelsea, with eight games to go in the campaign. Therefore, Mikel Arteta’s side should focus more on the Europa League, and it might be the only way to play some continental football next season.

On the other hand, Slavia Prague has been dominant in the Czech 1. Liga, as the visitors are 14 points ahead of their arch-rivals Sparta Prague. However, the away side will face severe selection troubles ahead of this game. Their first-choice goalkeeper Ondrej Kolar will miss the game due to an injury, same as another important player from the backline, Ondrej Kudela. Ibrahim Traore won’t be able to help in the middle of the park, while the visitors will also miss Abdallah Sima due to a suspension. This might be a perfect opportunity for Arsenal to win before a trip to Prague.

We recommend you register at MELbet if you want to place this pick as a single bet. Place a €10 wager on Arsenal to Win, and you will get €30 in FREE bets! Sign up HERE, and don’t forget to enter the BATBET1 promo code!

The hosts made a huge step towards defending the Danish Super Liga title after a narrow 1:0 victory in a derby match against Brondby. Thanks to those three points, Midtjylland climbed to the top spot. After such a big boost of confidence, the home side wants to keep up where it left off in the Danish Pokal as well. They were pretty convincing lately, winning three of the four last games and managing to keep the clean sheet in each of them.

Sonderjyske is in the relegation stage but pretty far from the danger zone. However, the visitors are not in a good momentum, as they lost twice in a row. The away side suffered six defeats in the previous nine matches, and they will have a tough task to get a positive result in the first leg game. Midtjylland is a strong favorite, and we expect them to meet the expectations.

The second pick Midtjylland to Win at 1.45 odds!

The giants from Jeddah have been in terrible form lately after losing five times in a row. Vladan Milojevic’s side slipped to 7th place, being seven points behind the spot that leads to the AFC Champions League quals. The hosts have been very poor in the back lately, as they have been conceding almost three goals per game on average. On the other hand, Omar Al Somah is the biggest threat for the oppositions’ goalkeepers.

Thanks to three wins in the past five rounds, Al Raed escaped from the relegation zone. However, the visitors are not safe yet, as they are only two points ahead of the bottom three. Al Raed tightened the defense a bit lately, while their strikers finally started to produce some goals. Head-to-head clashes of these two sides have been pretty efficient lately, and looking into their recent form, we can expect to see goals in both nets.

Arsenal to Win vs Slavia Prague

Midtjylland to Win vs Sonderjyske